As we all know ,you can use those products like cutting discs or grinding wheels which have an EN12413 standard without question, but did you know why these standards have such a great reputation in the industry? In this blog, you will see the definition and the standard test procedure of side load capacity—–a part of EN12413 standard.

The definition of side load capacity

Please imagine ,in what circumstance could it lead to a rupture in the operation? The most answer may be applying on too much force or the speed of disc runs too fast. So how to test the limit force capacity of these discs?

That’s why we introduce the the first important stabdard of the EN12413 —–side load capacity test.(Applying a side force on a high speed running cutting disc for a while and to see if the cutting disc will rupture or not.)

The standard of side load capacity

This is the table of side load capacity standard in EN12413 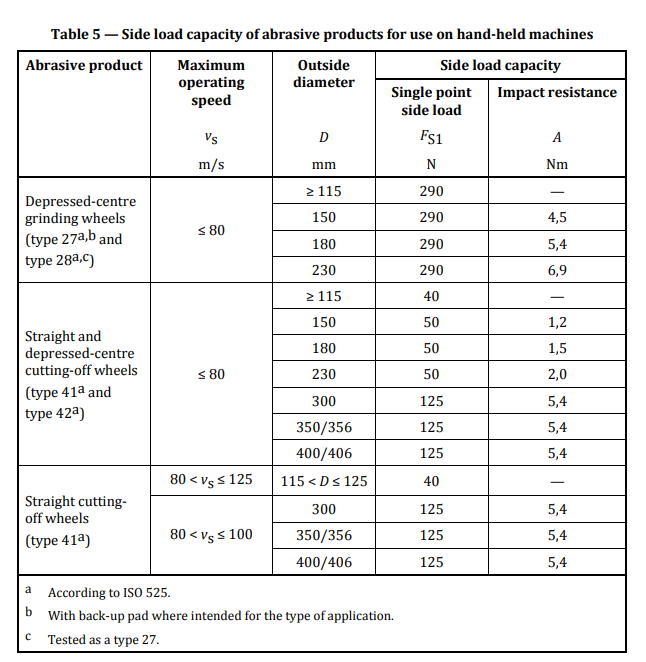 The standard table has shown four types of the grinding and cutting disc, which is T27,T28,T41 and T42.

According to this table there are two important indicators: single point side load and impact resistance these two shows the maximum force and torque applied on a single point, which are also the basic indicators of EN12413 standard .

The procedure of side load capacity test

Before testing a abrasive wheel, we should input the dimension of the testing disc in to the test machine, then the machine will locate the point of force application according to the formula on the EN12413 standard.

Second step ,close the door and start the tester, then gradually add on the force on cut off wheel ,seeing the change of number and record it on a paper. (the number shows the changing different force in different speed so that we can get more test data to see if it is up to the EN12413 standard) 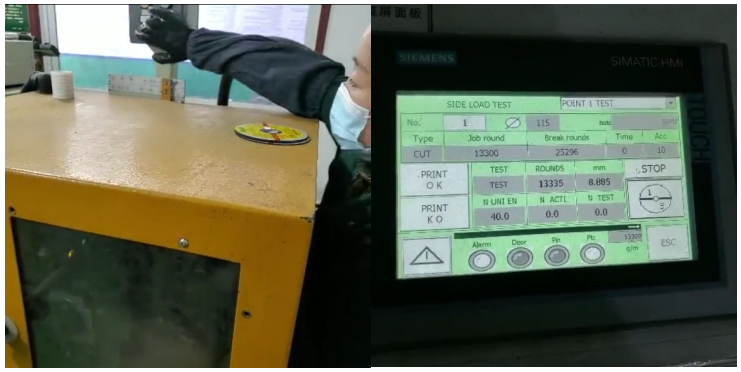 The last step,open the door of tester ,take out the tested disc and check the damage of the disc,seeing if there is a rupture after the test. If the disc is complete.It means the tested disc conform the EN12413 standard of side load capacity (This tested disc below is manufactured in our BINIC factory) 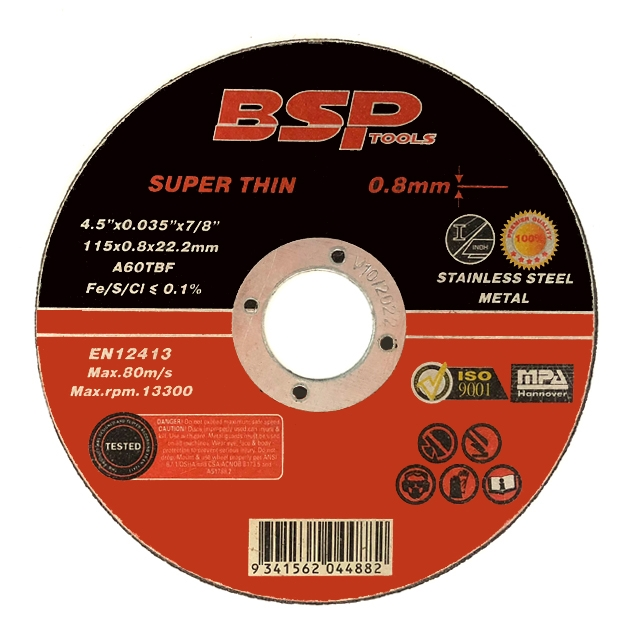 Every BINIC made cutting disc conform the EN12413 standard, we can assure you that you can use all BINIC abrasive discs safely and easily.

If you want to know about BINIC Wheel , please e-mail me at: sale12@binic-china.com

For more details at: www.binictools.com